Guyana
Caribbean Economies in the time of Coronavirus

The fall in the price of oil, along with the uncertainties related to the coronavirus, could contribute to a much lower rate of GDP growth than the previous estimate of 86 percent.

The Coronavirus Outbreak and the Government Response to Prevent Transmission

After spreading through Asia, Europe, the United States, and South America, the coronavirus arrived in Guyana on March 11. According to the World Health Organization (WHO) Situation Report, at the time there were 80,955 confirmed cased in China, 10,149 cases in Italy, and 696 cases in the United States. There were still relatively few cases in Latin America and the Caribbean, totaling 138, including one case in Jamaica. As of April 2, Guyana had identified 19 cases, including four deaths, while the coronavirus pandemic has continued to spread in the rest of the world.

In Guyana, the health situation has been compounded by unresolved regional and presidential elections that were held on March 2 and that have been mired in a legal dispute regarding the outcome. Despite this challenging political environment, the government adopted policies to stop the spread of the coronavirus. The main measures include (1) the suspension of all school activities beginning on March 16, initially for two weeks and later extended to three weeks, which leads into a two-week Easter vacation; (2) the closure of the two international airports, initially for a two-week period and currently extended to May 1; (3) granting of special powers to the Ministry of Health to prevent and control the spread of the disease, including designating special facilities to isolate and treat the ill and restrict at-risk people’s movement; and (4) on April 3, the government announced a month-long restriction on public gatherings and movement which includes only essential service remaining open and a curfew between the hours of 6 pm and 6 am. There are currently six confirmed cases under mandatory institutional isolation and thirtyfour other at-risk people under institutional quarantine. The Ministry of Health performed a total of 110 tests.

Economically, the coronavirus pandemic is coupled with the oil production conflict between Saudi Arabia and Russia that has recently led to extraordinarily low oil prices. Guyana began producing oil in December 2019, and variations in oil prices along with the coronavirus pandemic are expected to have deep implications for the country’s revenue outlook and GDP growth estimates for 2020. The International Monetary Fund (IMF) originally estimated that Guyana’s oil production would contribute to achieving oil exports worth US$2.4 billion, oil-related government revenue of approximately US$230 million, and a GDP growth rate of 86 percent on an assumed price of oil of US$64/barrel (IMF 2019b). The government of Guyana made a sale of 1 million barrels of oil in mid-February as part of its profit-sharing agreement with ExxonMobil, earning US$55 million. The government is expected to make four more sales in 2020, potentially at much lower prices.

Under oil price scenarios varying between US$20/barrel and US$35/barrel, the estimated value of oil exports (US$ 2.4 billion) could decline by 40 to 60 percent, leading to terms-of-trade effects affecting the GDP growth estimate. Guyana’s expected oil-related revenues (US$230 million) could decline by 15 to 40 percent, which would be the main impact on Guyana from the oil price fall-out. On the other hand, some of these negative effects could be offset by improvements in the price of gold, Guyana’s largest traditional export, representing 56 percent of merchandise exports in 2018 (Bank of Guyana, 2018 Annual Report). Similarly, the oil import bill would also significantly decrease, representing approximately a fifth of expected oil exports in 2020 (IMF 2019b). Furthermore, key sectors of Guyana’s economy are susceptible to isolation and social distancing policies that the government has recommended. For example, the services sector in Guyana, which is exposed to these risks, makes up approximately 54% of the economy. The fall in the price of oil, along with the uncertainties related to the coronavirus, could contribute to a much lower rate of GDP growth than the previous estimate of 86 percent.

Despite these challenges, the government announced it would make funds available to the Ministry of Health, potentially to strengthen its preparedness in terms of testing, facilities, intensive-care capacity, and respirators. Other policies that may be important to consider include expanding cash transfer programs, especially if social distancing policies are strengthened and household incomes fall, which could contribute to reducing the risk of social unrest. Similar support for small and medium-sized enterprises could be considered. The Bank of Guyana indicates that its capacity to respond through reserve requirements or policy rates is minimal or nonexistent because of the financial sector’s generally high level of liquidity and little need to borrow (Bank of Guyana, 2018 Annual Report). The main policy response from the Bank of Guyana has asked financial institutions to provide flexibility by lowering interest rates, deferring loan payments, and promoting measures to reduce in-person transactions. Several banks have adopted these measures, including reducing opening hours and deferring loan repayments for a period of up to six months on a case-by-case basis. Supporting liquidity in deteriorating market conditions will be key.

The main recommendation for Guyana has been proposed by the World Health Organization—namely, for the country to urgently introduce more stringent measures that limit people’s movement in urban areas, movement which, before April 3, remained relatively unaltered. 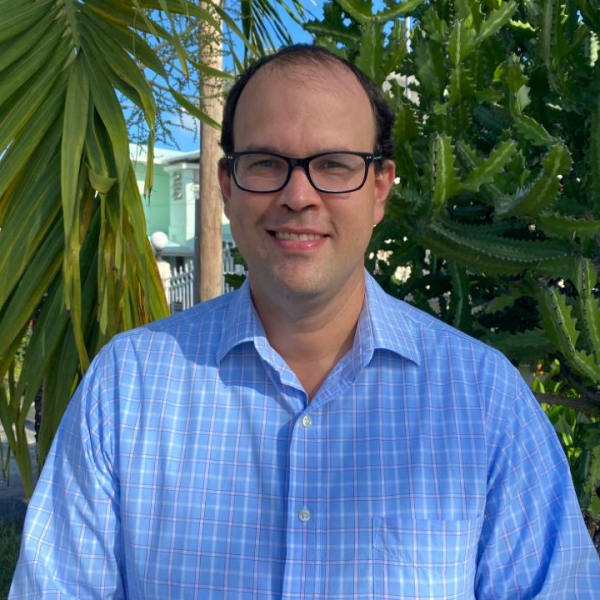 Victor Gauto is the Country Economist at the Inter-American Development Bank (IDB) Country Office in Guyana.